Posted by Salvatore Tribastone on March 15, 2018

Cardiovascular diseases are currently the leading cause of death in developed countries. It is estimated, for example, that in 2010 they caused as many as 16 million deaths worldwide. They are also in first place for disability. In developing countries we are witnessing an exponential increase in mortality and morbidity due to cardiovascular disease. The great social transformations have led to an increased economic well-being and a radical change in the working conditions that have negatively influenced the dietary approach (greater consumption of saturated fats), physical activity and smoking. The increase in the incidence of atherosclerosis is the most obvious cause with the predominance of coronary heart disease and cerebral stroke. Recently, primary prevention interventions in subjects at risk and secondary (patients with known pathology) are promoting the reduction of the incidence of degenerative cardiovascular diseases among the causes of death. A better organization (hospital and territorial acute myocardial infarction network), progress in the diagnostic and therapeutic fields, advances in interventional cardiology, cardiac surgery and electrophysiology should be considered the strengths of this ‘fight’ for cardiovascular diseases. Pharmacology has made a significant contribution to the discovery of ‘life-saving’ drugs such as beta-blockers, ace-inhibitors, statins, antihypertensive drugs and the rediscovery of acetylsalicylic acid which has reduced coronary mortality for acute or secondary events. 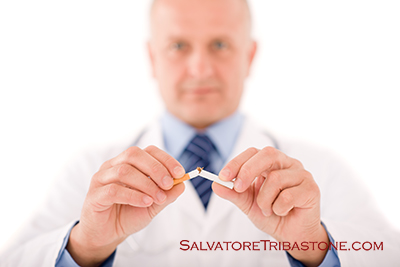 Campaigns targeting smoking, hypertension and hypercholesterolemia were effective for the receptive part of the population that responded positively to health policy indications. The same must be done with a prevention program for sedentary lifestyle and obesity that seems to be currently growing worldwide. The incidence of type 2 diabetes associated with obesity is growing continuously in the paediatric population and in developing countries.

From these epidemiological data we can easily trace back to cardiovascular risk factors, those that can negatively influence the establishment of Cardiovascular Disease. The presence of one or more of these factors greatly increases the risk of illness. For this reason it is important to know them one by one and to fight them properly with the help of your doctor.

Among the risk factors is the one that can most easily be eradicated. Cigarette smoking was originally born in the so-called developed countries but currently present mostly in developing countries. The male population prevails over the female population. It is estimated that in the 21st century, if adequate prevention measures are not implemented, smoking will cause over 1 billion deaths. Passive smoking is also a cause of cardiovascular disease, especially of coronary heart disease. 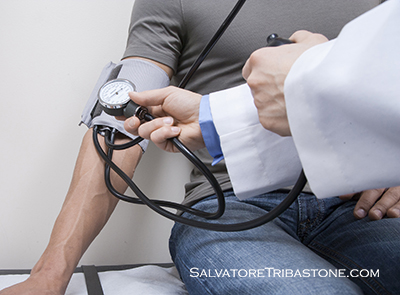 Hypertension is typical of industrial countries compared to those in which the environment is rural. It is subtle because it does not give any symptoms even when it is high. Many cases of cerebral stroke and cardiovascular disease in general have undergone an unrecognized arterial hypertension. It is estimated that around 15 million Italians are hypertensive and about half of them do not know they are. The reduction or absence of salt in the diet is one of the immediate choices that can favourably facilitate the decrease of blood pressure values. Of course it’s not all that simple! There are various types of hypertension and only your doctor’s advice can correctly guide your lifestyle and appropriate drug therapy.

The ESC (European Society of Cardiology) in 2013 established the classification of hypertension based on blood pressure values.

Excess cholesterol in the blood can cause Stroke and myocardial infarction. It is one of the major risk factors for atherosclerosis, a pathological basis for the stenosis (narrowing) and the obstruction of the arteries (cerebral and coronary above all) through the atherosclerotic plaque that increases inside the vessels until the occlusion of the blood flow in the artery (infarction).

The value of ‘bad’ cholesterol (LDL) is the one on which the choice of therapeutic treatment is based. Currently the value of 100 mg / dL is considered not to be exceeded and even 70 mg / dL if there are other associated risk factors or previous cardiovascular diseases.

For the choice of any diet treatments and appropriate therapy it is essential to contact the specialist. Sometimes the therapeutic approach is multidisciplinary. The statins, when indicated, reduce the LDL values ​​up to the norm.

Diabetes is a chronic disease characterized by an increase in blood glucose levels due to an absolute or relative lack of insulin in the body. The disease is continuously increasing in the world (currently 350 million diabetics are estimated). Type II diabetes is largely the most frequent and is linked to an aging population, obesity, familiarity and ethnicity. Fasting glycemia measurement, as well as the glycated haemoglobin assay, identify individuals at risk of diabetes and cardiovascular disease. 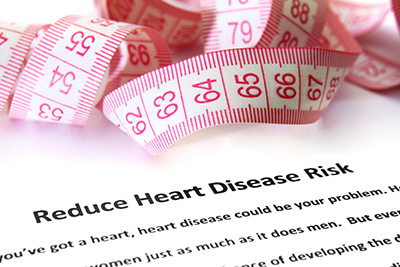 Obesity has been defined by the WHO (World Health Organization) the epidemic of the 21st century. Reliable estimates for 2020 indicate that overweight adults will be around 2.3 billion and obese over 700 million. There is a correlation between obesity and mortality. Who weighs 20% more than their ideal weight increases by 25%, compared to the normal weight population, the risk of dying for heart attack and of 10% that of dying for stroke. If the weight exceeds 40% of the recommended weight, the risk of death for any cause increases by more than 50%, by cerebral ischemia by 75% and by 70% for myocardial infarction. In these conditions the mortality rate for diabetes increases by 400%. The simplest method for quantitatively assessing excess weight is represented by the calculation of body mass index (body mass index, BMI) [kg / m2].

Treatment of obesity is normally the diet associated with physical activity. Unfortunately, many times these measures are temporary and it seems that the success of long-term weight maintenance is only 2-20%. There is also a surgical treatment in addition to pharmacological therapies that must be taken into consideration after careful examination by the specialist doctor. In this case too, obesity presents itself as a multifactorial disease and is frequently associated with other diseases, the most frequent of which is diabetes. The progressive increase of obese in paediatric and adolescent age is worrying and the therapy used in these cases aims to change the lifestyle.

Cardiovascular diseases, whose risk factors are known, need a careful and shared health policy. The main strategies must guide the population and educate them at the risk of illness. Proper information can save human lives worldwide.

The information published in this article and on the website salvatoretribastone.com do not in any way replace your doctor’s advice, opinion, visit or prescription. Always seek the advice of your doctor for any questions or health conditions.