Home » The Heart » The Most Common Heart Diseases »

The Most Common Heart Diseases

Posted by Salvatore Tribastone on September 22, 2018

Heart diseases are distinguished in congenital and acquired.

Congenital diseases are present at birth and are often diagnosed in the young or even in adults. Due to a defect of embryonic development that does not complete the normal structure of the heart and its parts generating malformations, sometimes incompatible with life already at birth. These malformations can be diagnosed early during pregnancy with a simple ultrasound examination. In the adult, it is possible to find congenital diseases that are unrecognized or known from birth, moderately complex, that manifest themselves with a more or less disabling symptomatology after decades. The most frequent are the defects of the interatrial and interventricular septa, the bicuspid aortic valve, the aortic coarctation and the mild pulmonary stenosis. The adult patient with congenital heart disease has a greater risk of arrhythmias and dilatation of the cardiac chambers which can suddenly aggravate the state of compensation with severe inability or even death. Congenital adult patients as well as patients who have become adults and operated in pediatric or neonatal ages for serious malformations, should be followed in specialized centers by multidisciplinary dedicated teams, treated by cardiac surgeons and competent cardiologists. The contribution of nursing staff, imaging specialists, pulmonologists, nephrologists and neurologists is important to complete the multidisciplinary approach for this particular category of cardiopathic patients.

The acquired diseases represent the overwhelming majority of existing heart disease: coronary heart disease, heart valve diseases, arrhythmias, heart failure, and pericarditis are exclusive to the heart but to these I’d add the pathology of the thoracic aorta that has cardio-surgical interest if it affects the initial stretch (bulb and ascending aorta) and the aortic arch.

It is one of the most frequent causes of hospitalization in patients over 65 years of age in the acute form, a continuous increase probably related to the aging of the population. It is manifested by a dysfunction of contractility or relaxation of the heart muscle: systolic dysfunction and diastolic dysfunction.

Systolic dysfunction is characterized by a decreased force of contraction of the heart and measured by Echocardiography with the Ejection Fraction (EF%). The most common cause is myocardial ischemic disease (severe coronary artery stenosis or infarction) when a reduced or interrupted blood flow to the cells of that coronary area hesitates in a scar that has no contractile action. A reduction in the contraction force is also found in inflammatory diseases of the heart muscle (myocarditis). Usually a state of heart failure occurs when the EF falls below 45%.

Diastolic dysfunction is characterized by a reduction in the filling of the ventricle during diastole and a consequent reduction in cardiac output which can be found in cardiac tamponade.

The most common symptom is dyspnoea that can be at rest in severe cases of acute heart failure. In chronic failure, pleural effusion and peripheral edema are the most frequent signs. The presence of rales at the thorax is very common as is the presence of a systolic murmur due to relative mitral insufficiency. Arrhythmias such as Atrial Fibrillation can aggravate HF. Diagnosis is clinical especially for the signs and symptoms described. Echocardiographic test can confirm the heart muscle pump deficiency and the laboratory can help us in the diagnosis with BNP and NT-proBNP which are highly specific and increase in patients with heart failure. 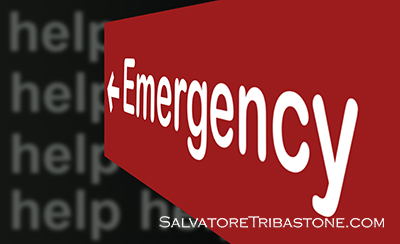 Coronary arteries supply oxygen and nutrients to cardiac myocellulas. The contractility of the heart and therefore the pump function is proportional to the good function of the coronary circle. The reduction of coronary flow by stenosis of one or more coronary arteries or even occlusion causes damage to the tributary myocellulas of those arteries, which lack oxygen, suffer and die. This is the genesis of ischemia and myocardial infarction. The cause of this damage, very often fatal, is atherosclerosis that with the plaques that grow within the lumen of the coronary cause a narrowing (stenosis) tolerated up to critical values ​​exceeded which have typical symptoms (angina pectoris ) during effort. When the stenosis increases to the 100% of the vessel, it is called a heart attack whose severity depends on the affected coronary artery. For this reason there are infarcts that can go unnoticed and other ones quickly lead to death. In any case, even the infarct of a small vessel causes the necrosis of that coronary area with pump deficiency.

Left ventricular hypertrophy, due to the increase in volume of the overall heart mass, can lead to anginal disorders due to the discrepancy between the coronary vascular bed and the increased myocardial mass. In this case, even in the absence coronary lesions, the spraying of the hypertrophic ventricle can be deficient, generating, especially during stress, the typical thoracic pain due to myocardial ischemia.

It is extremely important to be able to make an early diagnosis of Acute Myocardial Infarction. Early treatment (within 90 minutes of the onset of pain) can save a human life. Early diagnosis can be possible with a simple electrocardiogram which, if positive (elevation of the ST segment – STEMI) associated with typical pain, directs the patient towards the nearest Cath Lab for emergency treatment of the MI through primary angioplasty (MI network) ). Also the Laboratory is useful through the dosage of myocardium-specific enzymes (troponin, CPK-MB) which, if altered, indicate the presence of myocardial damage.

Diseases of the Heart Valves

The most common valvular disease is Aortic Stenosis followed by Mitral Insufficiency. Stenosis refers to a narrowing of the orifice due to calcifications that prevent the normal closing / opening movement due to degeneration of the valvular cusps causing a transvalvular gradient that determines the severity of the lesion. The Insufficiency is usually due to failure to close the valvular flaps for lesions of the cusps, by dilatation of the annulus or by pathology of the sub-valvular apparatus.

Other frequent valvulopathies are Aortic Insufficiency, Tricuspid Insufficiency and Mitral Stenosis. The same valve can have a double defect (steno-insufficiency).

Initially the most common etiology of valvulopathies was rheumatic but since primary rheumatic fever prevention has been established in developed countries, this cause has practically disappeared. In developing countries, this etiology is still very common.

The treatment of these valvular diseases is almost exclusively cardiosurgical. Recently, the development of new technologies, materials and methods has allowed, in patients at high surgical risk, to perform a percutaneous aortic valve replacement (TAVI) rather than by cardiac surgery (AVR). Even in patients at high surgical risk, with Mitral Insufficiency there is the possibility of percutaneous treatment to reduce the insufficiency by positioning metal clips (MitraClip).

Valvular disease can be associated with other cardiac diseases (coronary, septal defects, aortic aneurysms, etc.) and the approach in these cases is predominantly cardiac surgery. The aortic valve when stenotic can not be repaired and it is replaced with a biological or mechanical prosthesis. Aortic valve replacement with mechanical prosthesis (usually bileaflet) will require lifetime anticoagulation to avoid thrombosis of hemidiscs. This type of prosthesis is suitable in the young to avoid a re-operation as it could happen for biological prostheses, usually chosen in the elderly patient, which have a limited duration but do not need anticoagulant therapy.

A large chapter of heart diseases are arrhythmias that may or may not be associated with other heart disease. They are disorders of the heart rhythm sometimes serious and deadly sometimes harmless. Among the most fearful for life Ventricular Fibrillation secondary to Acute Myocardial Infarction which is the event that leads to death the patient if you are not in the presence of a defibrillator or if you do not establish an immediate effective cardiopulmonary resuscitation by trained personnel.

Atrial fibrillation is frequent, especially if associated with other valvular or ischemic heart disease and is quite present in heart failure from dilated myocardiopathy. It is poorly tolerated when it occurs for the first time and if left untreated pharmacologically it can cause stroke from the left atrium. These thrombi are favored by the lack of squeezing of the atrium, in whose trabeculae are formed by the vermicular movement of the atrium which determines a stasis of the blood which then coagulates. For this reason, patients with paroxysmal atrial fibrillation, especially if not recognized and diagnosed as a random finding, should start anticoagulant therapy.

The symptoms of arrhythmias are very variable and related to the patient’s perception: palpitation, irregular rhythm, tachycardia. They are modulated by emotional states (anxiety, stress), by pathologies of other organs (hypothyroidism, gastritis) or they can occur with syncope, heart failure or cerebral stroke. Also the use of drugs can slow the heart rhythm up to pathological and atrioventricular block breaks that sometimes, if they do not regress after the suspension of the drug, could lead to an urgent indication of pacemaker implantation. For this reason a careful medical history and a thorough examination of the specialist doctor is necessary.

The specialist doctor who treats arrhythmias is the Electrophysiologist Cardiologist. Among the most frequent tests to evaluate arrhythmias are the electrocardiogram (EKG), the dynamic electrocardiography (EKG Holter) of 24 hours or multi-day and the Electro-physiological study. Other more specific examinations will be taken into consideration (cardiac MRI, stress test) by your doctor.

Other forms of arrhythmia are atrio-ventricular conduction defects (AV blocks of 1 st, 2 nd and 3 rd degree), intraventricular (bundle branch block and hemiblock) or sinus-atrial block. The ventricular and supraventricular extrasystoles are felt by the patient as short-lived palpitation. We will not describe the arrhythmias that are many and complex and whose therapy can resolve (ablation), support (pacemaker) or act (defibrillator) when the cardiac deficit resulting from the arrhythmic episode is manifested. Antiarrhythmic drug therapy is the most widely used defense and, when well conducted, solves the overwhelming majority of arrhythmias under careful cardiological control.

The information published in this article and on the website salvatoretribastone.com do not in any way replace your doctor’s advice, opinion, visit or prescription. Always seek the advice of your doctor for any questions or health conditions.